Showing posts from October, 2013
Show all

Obstructive sleep apnea is a potentially serious sleep disorder in which breathing repeatedly stops and starts during sleep. More than 18 million American adults are affected by this disorder. If left untreated sleep apnea can result in numerous health problems. However, sleep apnea in women is often misdiagnosed or never addressed. The body's autonomic responses, autoregulatory functions that keep us alive which include changes in heart rate, blood pressure sweating and pupil dilatation. These responses appear to be greatly impaired in women.
Post a Comment
Read more 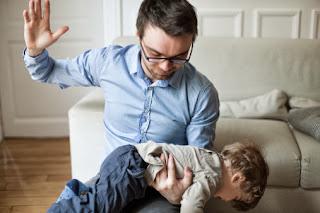 A new study reveals spanking is linked to externalizing behavior such as aggression and cognitive development such as receptive vocabulary.
Post a Comment
Read more

debnicholson
Mi, United States
I have always enjoyed writing. It was a way for me to express my feelings. My first book in a series of three "Love And Laughter Through The Tears" is available at Amazon Books, Borders, Barnes&Nobel or through my publishers - Publish America Currently I freelance. I work with several media companies writing and doing interviews. I am also a certified hypnotherapist and a alternative medicine practitioner at A & L Chiropractic Center in Farmington Hills, Michigan. Look for more books coming out Spring 2012.